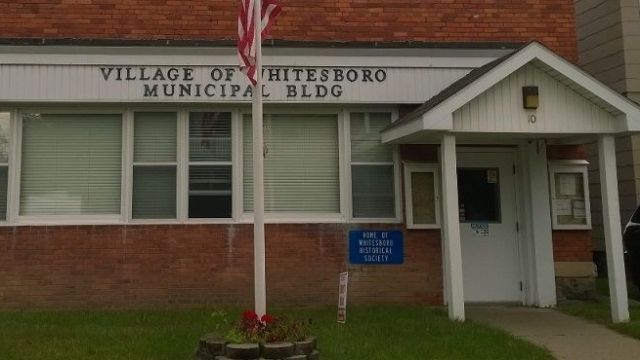 Whitesboro, New York, will officially change its town seal after many called it racist.

Critics of the seal, which appears to show a white man choking a Native American, say it celebrates violence against Native Americans. The seal got national attention after "The Daily Show" aired a segment about the town.

"Is that pioneer choking that Native American to death, or do I have something crazy in my eye?" asked Jessica Williams of "The Daily Show."

The official history of the seal says it depicts a friendly wrestling match that fostered good relations between the village's founder and Native Americans. (Video via WKTV)

Residents voted to keep the seal earlier this month but reversed that decision after the national backlash.

"Nobody wants to be the brunt of jokes in any community, so I'm pleased that they reached this decision," said Oneida County Executive Anthony Picente.

Local officials say they are working with Oneida Indian Nation leaders to create a new emblem that "preserves history" and ensures the village is "seen as the inclusive place that it is."

This video includes an from Facebook / Village of Whitesboro.