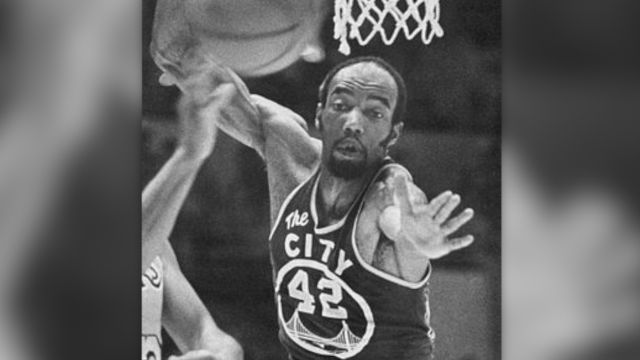 Thurmond played for the Golden State Warriors for 11 seasons in the '60s and '70s before finishing his career with the Chicago Bulls and the Cleveland Cavaliers.

The Bowling Green alum was best known for his defensive abilities, earning NBA All-Defensive Team honors five times throughout his career. He was also a seven-time NBA All-Star.

Thurmond, an Akron, Ohio, native, was inducted into the NBA Hall of Fame in 1985. Both the Warriors and Cavs have also retired his iconic No. 42 jersey.

Fellow Akron native LeBron James said on Twitter: "Knowing u played in the same rec league as me growing up gave me hope of making it out! Thanks!"

Thurmond's wife says the 6'11" center had been battling leukemia prior to his death.