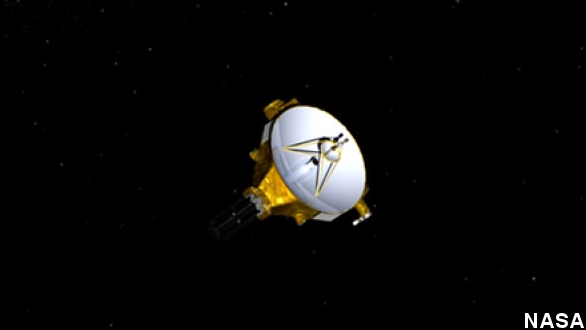 NASA's New Horizons deep space probe is scheduled to awake from hibernation Saturday as it prepares to approach Pluto.  This mission makes New Horizons the first space probe to venture past Neptune's orbit and explore the dwarf planet.

When the probe first launched in 2006, Pluto was still considered a planet. Since its launch, New Horizons has spent about two-thirds of its flight time hibernating to conserve energy.

On average, NASA wakes the craft up just twice a year to make sure everything still works and to make any course corrections, if necessary.

When it wakes up this time, New Horizons will send radio signals to the mission's control center at Johns Hopkins University Applied Physics Laboratory in Maryland.

Five weeks of prep work will then begin as scientists do a few final tests to make sure the probe is ready for the encounter.

New Horizons' observation of Pluto is set to begin January 15 and continue until late July. It is expected to be at its closest on July 14th.

On that day, the probe will be just 8,509 miles from Pluto and will take the first detailed photos of the dwarf planet.