With Evidence This Close, NASA Has To Warn It Hasn't Found Aliens 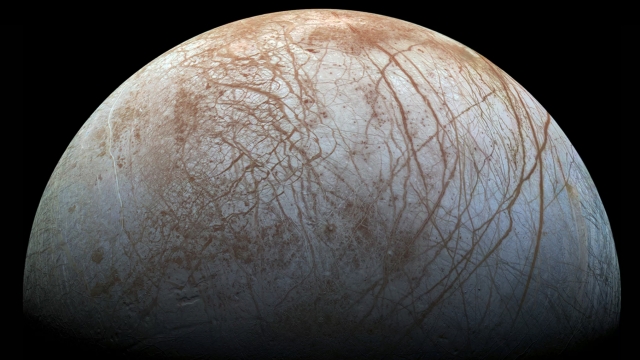 SMS
With Evidence This Close, NASA Has To Warn It Hasn't Found Aliens

By Ryan Biek
September 26, 2016
NASA will report its findings from one of Jupiter's moons on Monday.
SHOW TRANSCRIPT

NASA is really trying to warn people that it's not going to announce an alien discovery at its press conference Monday.

But the discovery the space agency is likely to announce will probably only fuel speculation of extraterrestrial life.

NASA is expected to release new evidence of an ocean under the surface of Europa, one of Jupiter's moons.

Now, this ocean by itself isn't revolutionary –– we first started to believe it existed there in 1979.

The question has since turned to whether life could be found inside the water. In May, a NASA study reported this ocean on Europa may have a very similar chemical makeup to Earth's oceans.

The study found Europa produces 10 times more oxygen than hydrogen –– a similar proportion to what's seen on Earth, and a key indicator for the potential for life.

Europa is just one of the roughly 66 moons that have been discovered orbiting around Jupiter. It is one of Jupiter's four biggest moons, though, along with Ganymede, Callisto and Io.

Some have even speculated an ocean on Europa could support multi-cellular life. If that doesn't sound exciting, remember for all the talk of possible life on Mars, NASA's only really searching for tiny, single-celled bacteria there.

NASA has hammered home it won't be announcing aliens, but it did say it's found "surprising activity" on Europa. Space fans will have to wait until Monday afternoon to learn exactly what that means.