NASA Says A Fireball Crashed Into The Atlantic, But No One Noticed 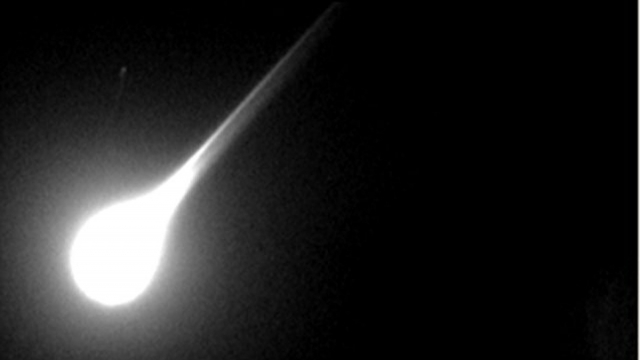 SMS
NASA Says A Fireball Crashed Into The Atlantic, But No One Noticed
By Briana Koeneman
By Briana Koeneman
February 23, 2016
According to a report from NASA, an exceptionally bright meteor likely exploded over the South Atlantic Ocean earlier this month.
SHOW TRANSCRIPT

If we had to guess, you probably don't recall anything major happening on Feb. 6 of this year. But, according to a report from NASA, if you lived in the middle of the Atlantic Ocean, you would remember it.

At that time, the entry says an exceptionally bright meteor, known as a fireball or a bolide, zoomed into Earth's atmosphere and likely exploded over the South Atlantic Ocean.

And the calculated total impact energy released from that explosion was reportedly about what you'd get if you detonated 13,000 tons of TNT.

Now, that sounds like a pretty big deal. But as far as meteor impacts go, this one was pretty tiny.

To put things into perspective, researchers say the meteor that exploded over Chelyabinsk, Russia, in 2013 was  equivalent to the detonation of about 500,000 tons of TNT.

As an astronomy blogger for Slate put it, "Events this size aren't too big a concern. Had it happened over a populated area, it would've rattled some windows and probably terrified a lot of people, but I don't think it would've done any real damage."

This video includes clips from Euronews.