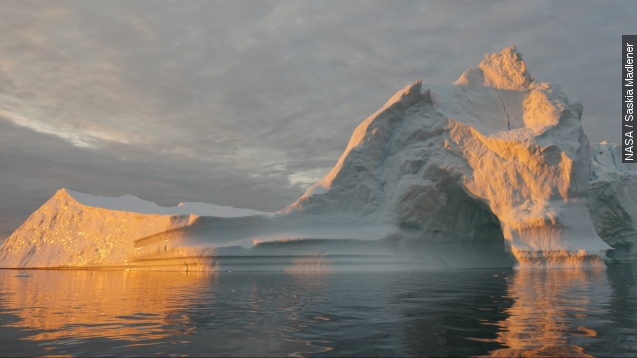 SMS
NASA's Sea Level Find Is The Latest 'Too Late' Climate News
By Steven Sparkman
By Steven Sparkman
August 27, 2015
NASA predicts sea levels will rise by 3 feet this century, minimum. It's the latest news that we may be too late to stop certain climate changes.
SHOW TRANSCRIPT

As climate change predictions go, sea level rise is probably the easiest to understand. For at least a decade, we've been shown maps of how rising waters would literally reshape the coastline. (Video via NASA)

And now NASA says we've been underestimating it. A report out this week claims sea levels will rise by an average of 3 feet around the world over the next century, and at this point there's nothing we can do to stop it. (Video via NASA)

It's only been two years since the U.N.'s Intergovernmental Panel on Climate Change predicted a 1- to 3-foot rise.

One of the biggest engines driving the change right now is the Greenland ice sheet. It lost a 5-square-mile chunk earlier this month and is shedding ice more than twice as fast as Antarctica. (Video via NASA)

"It's quite startling. In 10 or so years, Greenland's lost a trillion tons of ice," NASA's Josh Willis told CNN.

If that sounds a little doom and gloom, that's quickly becoming the norm in climate news. This year we've seen more and more claims that it may be too late to stop the worst effects of climate change.

Journalist and meteorologist Eric Holthaus has pushed that point in several high-profile articles, and we've been seeing more and more talk of a "point of no return."

That's not the scientific consensus yet, though. By and large, climate scientists say acting fast to reduce carbon emissions could still stave off most of the damage. (Video via NASA)

But they also agree the tipping point is coming soon. That same U.N. report predicted it would likely come by 2020, at which point carbon would start playing less of a role as other feedback loops kick in.

Expect to hear of more studies like this as the world's leaders prepare for the U.N.'s climate summit in Paris later this year. Activists, climate scientists and world leaders are all portraying the summit as the last best hope for global action.

"There is such a thing as being too late when it comes to climate change," President Barack Obama said.

This video includes images from go_greener_oz / CC BY ND 2.0 and Getty Images.