NASA's Going To Hawaii To Train For Martian Hunting 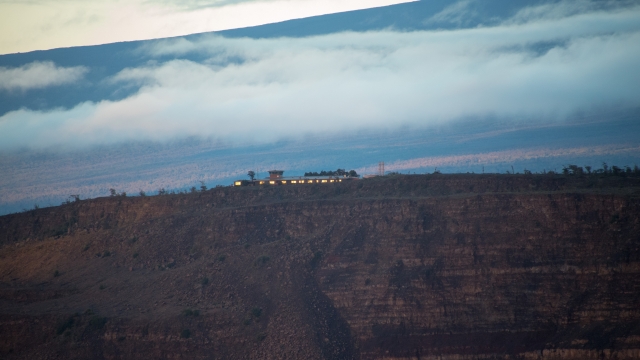 SMS
NASA's Going To Hawaii To Train For Martian Hunting

NASA's next stop in the quest to find Martian life: Hawaii.

Researchers partnering with the federal space agency will travel to Hawaii Volcanoes National Park to prepare for future manned missions to the red planet.

The project, called Biologic Analog Science Associated with Lava Terrains, will last two weeks. The national park's rough terrain is similar to what astronauts might encounter on Mars.

Once the teams reach the site, they will figure out new ways to collect biological samples without disturbing the natural bacteria that might live on Mars' surface.

"Really, the whole reason of going to Mars is to see if there's life there," said John Hamilton, an astronomer at the University of Hawaii at Hilo.

And careful collection is extremely important for prospective Mars missions. If a sample is obtained incorrectly, it could lead to false findings.

While the team is in Hawaii, communication will be delayed up to 15 minutes, replicating the delay between Earth and Mars.

This isn't the only time NASA has sent crews to the Pacific. Another crew spent a whole year in isolation on Hawaii as part of a Mars living simulation.

The team lived in a dome together from August 2015 to August 2016 without fresh food or fresh air. After that mission, one crew member said a Mars mission is very possible, saying, "I think the technological and psychological obstacles can be overcome."