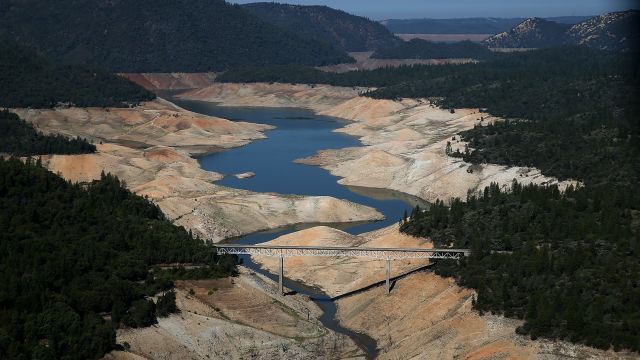 SMS
NASA Data Shows Last Month Was The Hottest April On Record
By Ryan Biek
By Ryan Biek
May 16, 2016
It continues a concerning trend: Data could soon show the past 12 months were the hottest ever recorded.
SHOW TRANSCRIPT

New data from NASA shows last month was the hottest April ever recorded.

At 0.24 degrees Celsius hotter than the previous April record in 2010, it may not sound like that much. But many are arguing that's shattering records for climate statistics.

One expert told The Independent that soon-to-be-released data could show the last 12 months in a row have all beaten their respective records for hottest months.

And The Guardian noted if all variables stay consistent, a hottest year on record should only happen once every 150 years. Yet in the last 20 years or so, we've seen five record-breaking years.

Higher temperatures could lead to worse air and water quality, higher rates of asthma and the spread of illnesses passed by insects.

A lot of this extra heat is trapped in the oceans as well. Warmer water is posing both area-specific problems, like the massive bleaching of Australia's Great Barrier Reef, and global problems, like rising sea levels.