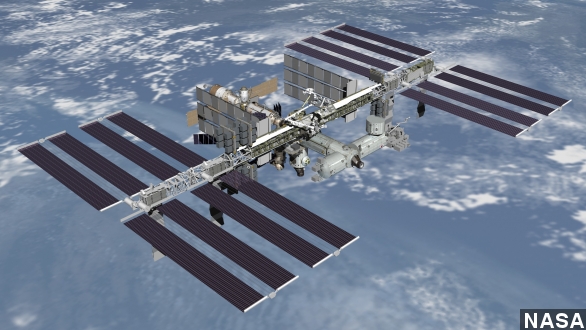 The U.S. portion of the International Space Station has been evacuated as of Wednesday morning over a possible ammonia leak.

According to Russian News Agency ITAR-TASS, the leak only affected the U.S. segment of the station.

The current crew of the International Space Station consists of three Russians, two Americans and one Italian. All are safe.

NASA tweeted shortly after news broke that it wasn't immediately clear what caused the evacuation alarm to go off. Original speculation was an ammonia leak — a cooling agent that's poisonous to breathe.

"An alarm was enunciated around 3 a.m. central time in the U.S. segment of the complex that sometimes can be indicative of an apparent ammonia leak. ... We need to emphasize that there is no hard data to suggest to there was in fact a real ammonia leak. ... It is not yet known if the alarm was triggered by a real leak or whether the situation was caused by a faulty censor or a problem in a computer relay box." (Video via NASA)

Former astronaut and space station resident Chris Hadfield posted on Twitter saying the crew aboard had trained for such an event if it ever were to happen. He later said the crew was calm and working on the problem.

An ammonia leak also happened in 2013. NBC says, in that case, the crew was never in danger.

The American astronauts have moved to the Russian side of the space station until further notice. Stick with Newsy for more updates.