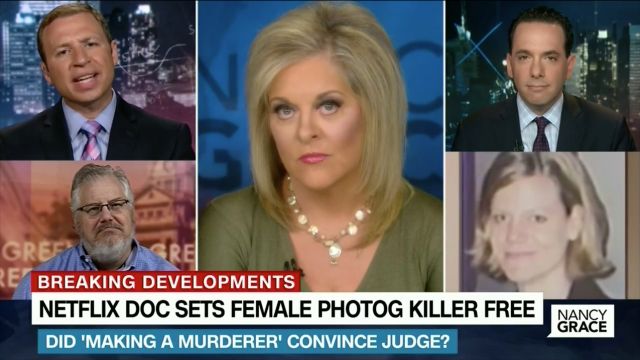 "Making A Murderer" subject Brendan Dassey had his murder conviction overturned Friday after a judge ruled his confession was coerced. And TV's Nancy Grace isn't happy about it.

"What was wrong with that interrogation? Because I say nothing was wrong," Grace said.

During her show, Grace argued Dassey's confession couldn't have been forced because Dassey wasn't mentally ill, and he was offered the right to an attorney and the right to remain silent several times during the investigation.

That conflicts with the federal judge's finding that "repeated false promises, when considered in conjunction with all relevant factors, most especially Dassey’s age, intellectual deficits and the absence of a supportive adult, rendered Dassey's confession involuntary under the fifth and fourteenth amendments."

But one of Grace's guests, attorney David Bruno, defended the judge's decision.

During the program, Grace also brought on attorney Ken Kratz, who originally prosecuted Dassey back in 2007 and who's firmly opposed to the judge's decision.

SEE MORE: 'Making A Murderer' Prosecutor Ken Kratz Admits He Was The Worst

Kratz told WBAY, "Really shows you, I think, the slanted nature of this — at least the decision and why it happened and where it came from."

Dassey's overturned conviction means the state has 90 days to initiate a retrial or appeal before Dassey is released.