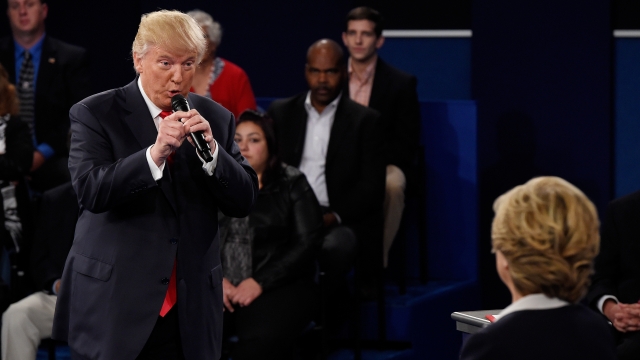 By Kate Grumke
October 10, 2016
Most economists don't really think NAFTA had a huge impact on the economy either way.
SHOW TRANSCRIPT

Donald Trump had some harsh criticism for NAFTA.

"NAFTA, signed by her husband, is perhaps the greatest disaster trade deal in the history of the world. ... It stripped us of manufacturing jobs. We lost our jobs, we lost our money, we lost our plants. It is a disaster," Trump said.

But calling NAFTA "a disaster" is a pretty big exaggeration. Most economic studies have found NAFTA had a small overall impact on the economy.

One reason its effects were small is trade with Canada and Mexico "accounts for a small percentage of U.S. GDP."

The agreement was built to encourage trade between the U.S., Canada and Mexico. After the agreement, both imports and exports between the U.S. and the two countries went up, but trade policies were already loosening before NAFTA, so even that isn't necessarily all thanks to the deal.

But as The Wall Street Journal points out, "U.S. workers were losing jobs to Mexican competition long before NAFTA was invented."

And today, the outsourcing of American jobs has little to do with NAFTA, which opened up trade in North America. Instead, India, China and Malaysia top the list as homes to the most outsourcing. Mexico is No. 4 on that list.

Plus, there are a lot of other factors in play here, including economic growth, inflation and currency fluctuations. There's no way to link NAFTA directly to one economic outcome or another. And, in the eyes of most economists, calling it "a disaster" would be a little dramatic.