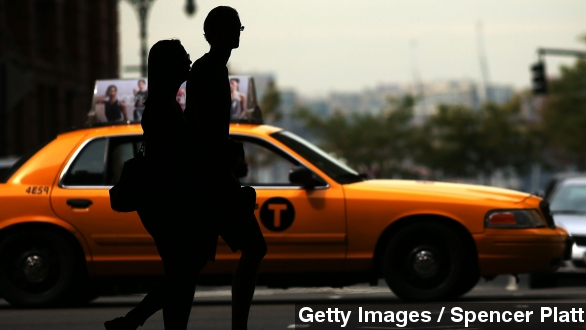 Among them, the parents of 3-year-old Allison Liao, who was hit by a car and killed while walking with her grandmother in Queens. According to The New York Times, the driver's license was revoked, but he was allowed to reapply for his license after just 30 days.

The man behind the wheel did not face charges for the accident. The district attorney's office said the death was "not the result of criminality" on the driver's part. This is a common outcome in New York state.

New York's driving laws differ from many other states, with much narrower standards for prosecuting drivers. State laws make it very difficult to punish drivers for driving recklessly, unless their conduct was also "morally blameworthy."

"It means that prosecutors must prove a motorist knew he or she was driving recklessly or immorally to win a conviction." Which an assistant district attorney told The Wall Street Journal is difficult to prove. "New York's vehicular homicide and vehicular manslaughter statutes apply only to motorists who are drunk or on drugs."

Despite these challenges and the criticism they've received, pedestrian deaths in New York City fell last year to their lowest point since the city began keeping records in 1910. 132 pedestrians were killed in 2014, down from 180 the year before. A total of 248 people were killed in traffic accidents in the city in 2014.

Mayor Bill de Blasio announced his Vision Zero action plan in January 2014, which aims to implement changes to bring that number to zero by 2024.

Among those changes: making failing to yield to pedestrians a misdemeanor charge rather than a traffic violation and increasing penalties to a fine of up to $250 or 30 days in jail.