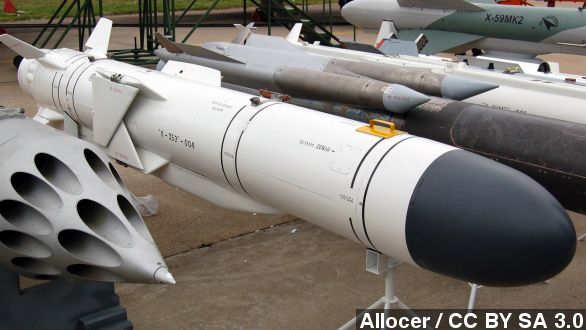 Images from the announcement depict North Korean dictator Kim Jong-un on the shore watching the new rocket launch from a warship.

The announcement comes ahead of the annual U.S.-South Korean joint military exercises scheduled for this spring.

While North Korea has a tendency to blow some of its announcements out of proportion, the missile itself appears to be real enough.

An analyst at NK News points out that the missile looks very similar to the Russian-designed KH-35 anti-ship missile.

“North Korea is demonstrating the reinforced capabilities of its navy. It appears the North wants to strengthen unity within its military as it has declared 2015 as a year for (quote) the 'completion of a great war for unification,” Korea Defense & Security Forum researcher Yang Wook told Arirang.

It’s been speculated for some time that North Korea has had access to such a missile. Last year in June, North Korean watchdog 38 North noted a brief appearance of what looked like a KH-35 in a state propaganda video.

If North Korea really does have access to a stockpile of KH-35 missiles, trying to figure out just how it got them isn't as easy as pointing the finger at the missile’s originator, Russia.

That’s because Russia has sold the missile to other countries in the area including Vietnam, Myanmar and India. (Video via YouTube / Phạm Hà Trung)

Regardless of where they got it from, the news that North Korea may have access to a missile such as the KH-35 only gives the U.S. and South Korea more reason to go ahead with their military exercises this spring, something the North has regularly condemned.