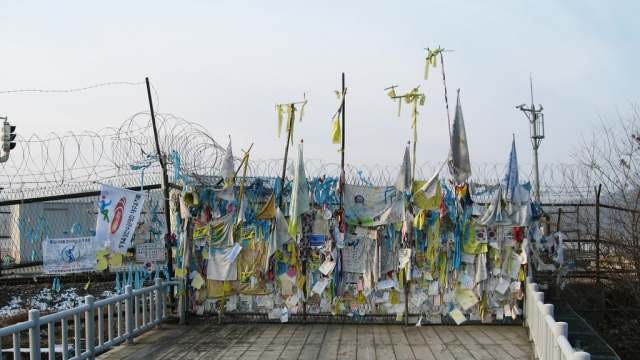 By Melissa Prax
April 24, 2016
North Korea called its underwater ballistic missile test a success, but the South says the missile traveled a fraction of the usual distance.
SHOW TRANSCRIPT

But South Korea says this type of missile can typically travel at least 186 miles and the test only flew a little more than 18 miles.

This test comes during ongoing U.S.-South Korea military exercises and North Korean nuclear tests over the past few months.

The possibility of another nuclear test has put South Korea's military on alert.

But North Korea's foreign minister says U.S. nuclear threats have forced the country to continue developing its nuclear program, but those tests will stop if U.S.-South Korea military exercises end.

This video includes clips from Korean Central Television, United Nations and images from U.S. Department of Defense and Getty Images.