Mysterious Booms In Kansas City Could Be Frost Quakes 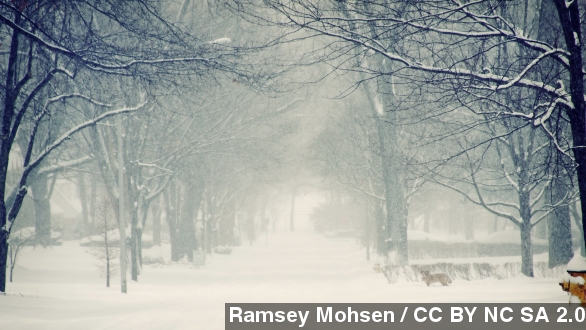 "Oh! Listen to that. Son of a …," said the Weather Channel's Jim Cantore.

"A ghostly white whirlwind whips across a snowy mountain peak," said a narrator on "Strangest Weather on Earth."

That was amateur video from Kansas City, Missouri. Those sounds have reportedly been going on for the last few months.

"To me it sounded like it was a fairly substantial Class B firework. Which is a lot bigger than what you sell at a fireworks stand," according to a KSHB report.

Local station KSHB has been digging into the source of the booms, even checking to see if a local air force base was running test operations — all to no avail.

Also known as a cryoseism, Accuweather describes them as "a natural phenomenon caused from a sudden deep freezing of the ground," which then causes the ground to crack, creating the noise.

For the record, frost quakes are not like the earthquakes you're more familiar with, so don't expect any dangerous seismic activity. They're reportedly most common in the coldest part of the night, between midnight and dawn.