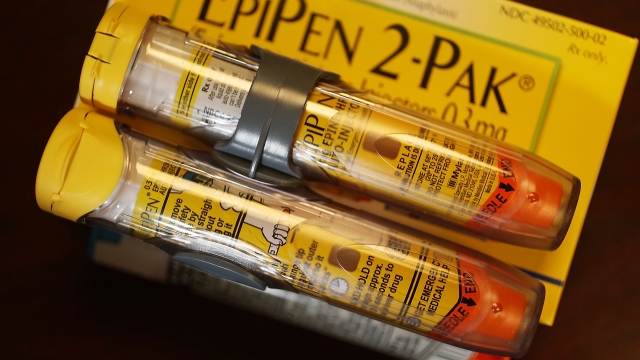 SMS
Mylan's EpiPen Discount Won't Help Everyone
By Briana Koeneman
By Briana Koeneman
August 25, 2016
An EpiPen savings card will cover up to $300 for certain patients who have "higher out-of-pocket costs." But there's a catch.
SHOW TRANSCRIPT

After facing a ton of backlash this week, drugmaker Mylan has agreed to offer discounts to patients who use its EpiPens.

"As a mother, I can assure you, the last thing that we would ever want is no one to have their EpiPen due to price. Our response has been to take that immediate action of making sure everyone has an EpiPen," Mylan CEO Heather Bresch told CNBC.

The company announced in a statement Thursday it will offer a savings card that will cover up to $300 of the EpiPen 2-Pak for "patients who are facing the burden of higher out-of-pocket costs."

Mylan says its savings card will cut that price in half for commercially insured patients who are currently paying the full list price.

But some experts say the cards won't solve the bigger problem at hand.

A professor at Harvard Medical School told The Washington Post, "These don't actually do anything about the price itself, because the high price is still being paid by the insurer, which then ends up being reflected in increasing premiums. This is not a public health solution."

Plus, many people won't be able to get the EpiPen discount. The savings cards can't be used by anyone who doesn't have insurance.

And the same goes for people who use government health care programs. Discounts from companies are considered "kickbacks" that leave the federal government with the rest of the bill.

As U.S Rep. Elijah Cummings of Maryland said Thursday, "Mylan should not offer after-the-fact discounts only for a select few — it should reverse its massive price increases across the board immediately."

It's unclear how the EpiPen savings cards will be given to customers or if there's a time limit on how long they can be used.