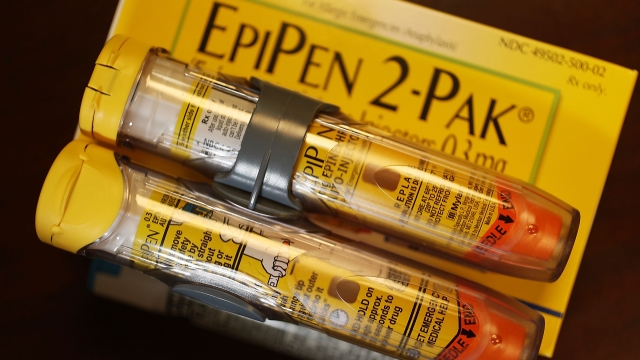 By Ryan Biek
August 29, 2016
Mylan announced that a nonbranded version of the allergy drug will be sold at half the price.
SHOW TRANSCRIPT

The maker of the EpiPen is hoping to end the surrounding controversy by offering a generic version of the life-saving drug.

Pharmaceutical company Mylan announced Monday it will launch an alternative to the EpiPen at half the price.

While the cost of two generic injectors of the emergency allergy drug will still be pricey at $300, Mylan has been facing severe criticism for the $600 price tag for a pair of EpiPens.

That same number of EpiPens cost roughly $100 in 2008, but Mylan has had a virtual monopoly on the market.

The company is assuring the public the generic version will be the same as the EpiPen in terms of how the drug is made and how the device is used.

And Mylan is going to keep offering a $300 discount on EpiPens for families that qualify based on income. However, outside experts have said few families will benefit from that discount program.

Some argue Mylan's nonbranded version isn't just a move to stop controversy, but to beat competitors to the punch.

Teva Pharmaceutical Industries has been working on a generic substitute for EpiPens, but the U.S. Food and Drug Administration won't allow that drug on the market until at least 2017.