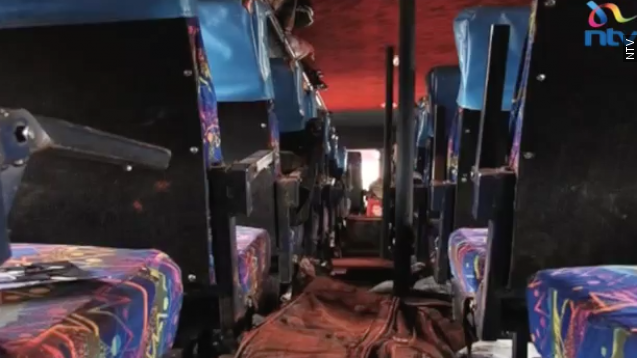 Muslims reportedly shielded Christians from an attack by Al-Shabaab in Kenya.

Al-Shabaab militants ambushed a bus traveling from Nairobi to Mandera.

Muslim women gave Christian women hijabs, and others were hidden inside the bus. The gunmen left after the Muslim passengers refused to single out the Christians.

Two people were killed in the attack, the bus driver and the driver of another vehicle. (Video via Kenya Citizen TV)

"We are all Kenyans, we are not separated by religion. ... And that is a very good message from my brothers and sisters from the Muslim community," said Joseph Nkaissery, Kenya's interior cabinet secretary.

Al-Shabaab has a history of deadly attacks against Christians. The group carried out the raid on Garissa University College that left almost 150 people dead.