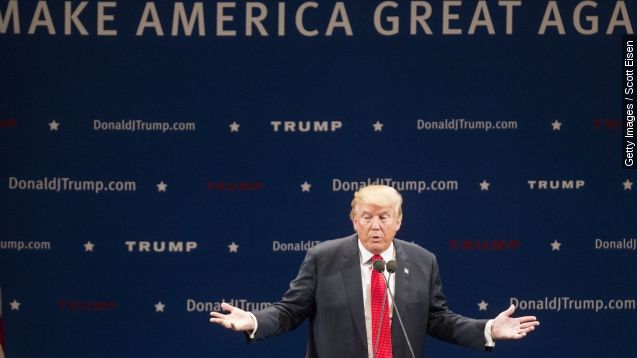 SMS
Muslim Woman Silently Protesting At Trump Rally Is Ejected
By Samantha Crook
By Samantha Crook
January 9, 2016
A woman stood up after Trump said Syrian immigrants are likely members of ISIS. She was later escorted out of the building.
SHOW TRANSCRIPT

A Muslim woman silently protesting at a Trump rally was escorted out by police.

She was wearing a hijab, a shirt that read "I come in peace" and a badge that said "Muslim." (Video via KTVZ)

She stood up after Trump said this about Syrian immigrants. "It's turning out that they probably are ISIS," Donald Trump said at a rally Friday in South Carolina.

Trump had previously called for a ban on all Muslims coming into the U.S.

He's known for tossing protesters out.

But they're usually a little rowdier. (Video via NBC and MassLive.com)