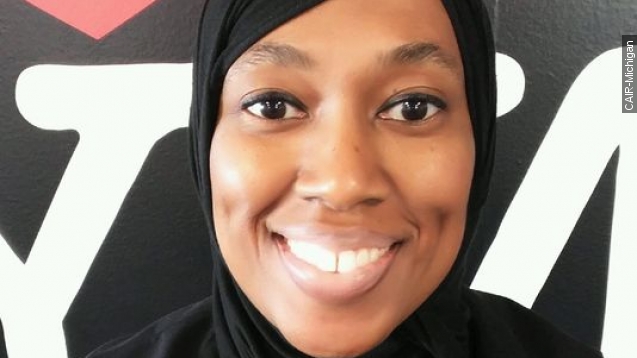 SMS
Muslim Flight Attendant Suspended For Not Serving Alcohol
By Briana Koeneman
By Briana Koeneman
September 7, 2015
A Muslim flight attendant has filed a discrimination complaint with the government after she says she was suspended for refusing to serve alcohol.
SHOW TRANSCRIPT

A Muslim ExpressJet flight attendant has filed a discrimination complaint with the government after she says she was suspended for refusing to serve alcohol to passengers.

Charee Stanley says her Islamic faith prevents her from drinking, serving, buying or even carrying alcohol. And she just wants to be able to do her job at ExpressJet while honoring her beliefs. (Video via CNN)

Stanley converted to Islam two years ago, but it wasn't until recently that she learned her religious community forbade her from serving alcohol.

ExpressJet reportedly accommodated her request to not serve alcoholic beverages at first.

But when another flight attendant filed a complaint against her last month, Stanley says the airline decided to revoke her religious accommodation and place her on administrative leave. (Video via Facebook / ExpressJet Airlines)

Of course, Stanley is the second woman to make headlines recently for a religious conflict in the workplace. But those headlines are very different.

Kentucky clerk Kim Davis was jailed last week for contempt of court after preventing her office from issuing same-sex marriage licenses because she said it would violate her Christian beliefs. (Video via Lexington Herald-Leader)

She has definitely gotten a lot of attention for her decision over the past couple weeks.

But the media hasn't been nearly as passionate about Stanley's story since it broke several days ago.

And her lawyer told The Huffington Post that's because the two cases are actually very different. "She got suspended for following the directions. Serving alcohol is not a central duty of being a flight attendant." She also pointed out Stanley isn't a public official and that the arrangement meant passengers could still get their drinks.