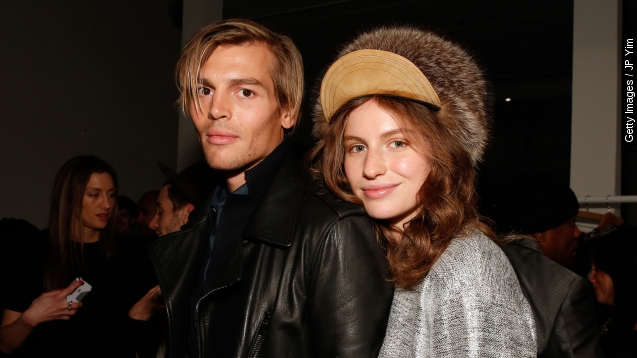 A kayaking trip on the Hudson River has turned into a desperate search and rescue for one man.

Tali Lennox, daughter of musician Annie Lennox, and her boyfriend were kayaking on the river Saturday when their boat capsized.

Twenty-two-year-old Lennox was rescued by a passing boat, but her boyfriend, 32-year-old Ian Jones, is still missing.

Marine patrols, dive teams, New York State Police helicopters and officers both on foot and in boats have all assisted with the search. (Video via ABC)

Lennox and Jones were not wearing life jackets when the boat capsized. Lennox wasn't injured.

Police do not believe foul play was involved but say alcohol could have been a factor in the accident. There were also strong rip currents, according to weather reports.

Jones was last seen wearing jeans and a denim shirt. Police describe him as 6-foot-3 with a slim build and dark hair.

Anyone who has information should contact the Dutchess County Sheriff's Office.