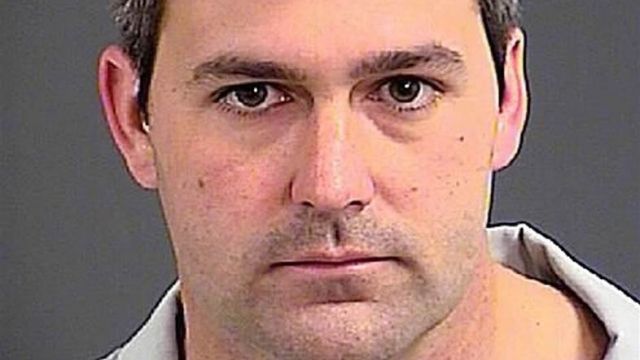 SMS
Murder Trial For The Police Shooting Of Walter Scott Is About To Start
By Ryan Biek
By Ryan Biek
October 31, 2016
Walter Scott, an unarmed black man, was killed by a former officer while running away from a traffic stop.
SHOW TRANSCRIPT

Jury selection for the murder trial of a former police officer is set to begin Monday in Charleston, South Carolina.

In April 2015, Officer Michael Slager pulled over Walter Scott for a broken taillight. After a short conversation between the two, dashcam video shows Scott running away from the car.

Slager chased him on foot and fired eight shots, killing the 50-year-old man.

SEE MORE: The Officer Who Killed Walter Scott Is In A Historically Rare Position

A bystander recorded cellphone video of the shooting that sparked protests. The recording was given to Scott's family, who then turned it over to police. Slager was charged with murder three days later and fired from the police department.

The defense has argued Scott tried to grab Slager's stun gun during the pursuit, and that the video contains a "distortion."

However, some have questioned if Scott was a threat to the officer when he was killed, since he appears to have been running in the opposite direction.

If convicted, Slager could face life in prison.

He also faces federal charges, including excessive use of force and obstruction of justice.