Munich Shooter Was Under Psychiatric Care. So How Did He Get A Gun? 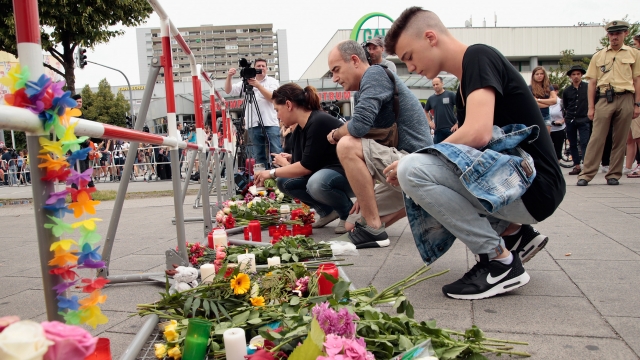 SMS
Munich Shooter Was Under Psychiatric Care. So How Did He Get A Gun?
By Ben Lawson
By Ben Lawson
July 23, 2016
Police say the Munich shooter had no ties to terrorism but had psychiatric issues, which should have barred him from getting a gun in Germany.
SHOW TRANSCRIPT

Authorities say the gunman suspected of killing nine and injuring 27 in Munich on Friday was obsessed with mass shootings and had a history of psychiatric problems.

The shooting came as a shock to Germany, a country with typically low levels of gun violence.

SEE MORE: At Least 10 Dead In The Munich Mall Shooting, Including The Shooter

In 2015, there were 57 homicides with guns in the European country. In June alone in Chicago, there were 71 homicides — most of them gun-related.

"If there are no terrorist links to this attack, there might be very little they can actually do. There are fairly strict gun laws in Germany," Politico's Matthew Karnitschnig told CNN.

The gun laws in Germany are noticeably tighter than what you see in the U.S.

Citizens have to have a specific reason for owning a gun and have to pass tests to buy a firearm.

You can buy a gun in the country at 18 years old, but anyone under 25 must undergo a psychiatric evaluation.

Authorities say the suspect was an 18-year-old student and armed with a 9 mm Glock pistol and 300 bullets. He was also under psychiatric care and receiving treatment for depression.

Authorities haven't said how the shooter got the weapon used in the shooting.

This video includes clips from RT, The Guardian, CCTV and BBC and images from Getty Images.