Mumbai Police Enforce No-Selfie Zones After A Rise In Deaths 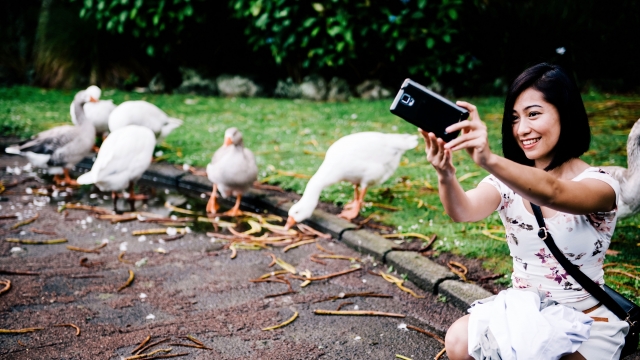 As the selfie continues to grow in popularity, so do the selfie bans.

Taking a selfie is not always a harmless act. Priceonomics found that since 2014, 49 people have died while trying to take photos of themselves.

And apparently it's a real problem in India, where 40 percent of those selfie-related deaths happened.

After two recent deaths, police in Mumbai decided to do something about it. Officials have banned selfies in 16 zones around the city. CBS reports the city will post warning signs in the no-selfie zones, and police can fine selfie-takers about $17.

Mumbai is certainly not the first to take a negative stance on the picture-taking trend. Walt Disney World theme parks banned selfie sticks at all its locations.

And in New York, a state law made it illegal to take selfies with tigers or other big cats after a growing number appeared on dating websites.

So if you want a great picture, consider asking a nearby stranger to help you out. But if you must snap that photo yourself, remember to selfie safely.