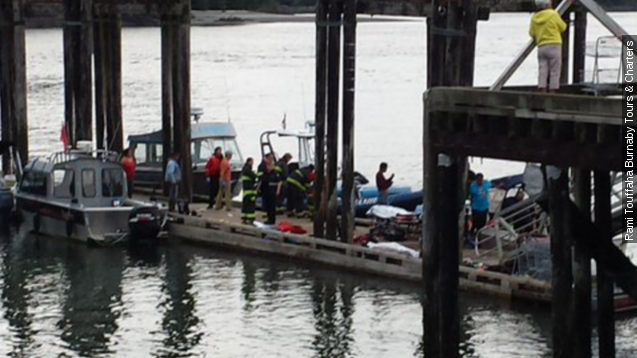 At least four people died when a whale-watching vessel capsized Sunday afternoon off the coast of British Columbia.

It sank near Tofino on Vancouver Island.

Rescuers said there were 27 people on board when the boat, from Jamie's Whaling Station and Adventure Centres, sank.

The Joint Rescue Coordination Centre in Victoria received a mayday call from the boat around 4 p.m. PT.