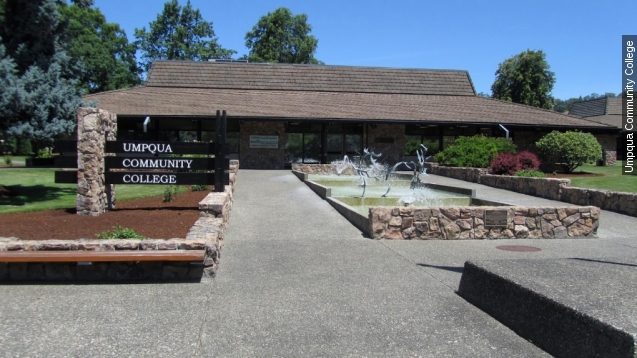 “Officers engaged that suspect. There was an exchange of gunfire. The shooter threat was neutralized,” Douglas County Sheriff Jon Hanlin told reporters.

Douglas County Sheriff Jon Hanlin said the shooter was a man. He didn’t confirm the total number of people who died in the shooting, but reports have ranged from seven to 15 fatalities. (Video via KGW-TV)

State police, local agencies, the FBI and U.S. Marshals all responded to the shooting.

Umpqua Community College is located on a rural campus and, according to The Oregonian, “Students who have proper paperwork are allowed to carry guns on campus.”

More than 20 people were injured in the shooting, with many of them being treated at nearby hospitals. (Video via KOIN)