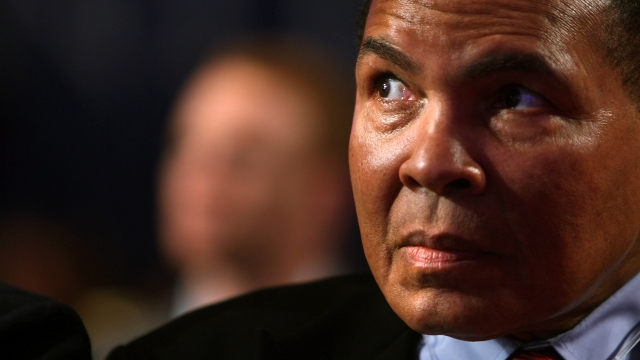 SMS
Muhammad Ali Was Hospitalized For Respiratory Issues
By Samantha Crook
By Samantha Crook
June 2, 2016
In a statement to media outlets, a family spokesperson said Ali was in fair condition and that his hospital stay was expected to be brief.
SHOW TRANSCRIPT

Legendary boxer Muhammad Ali is being hospitalized for respiratory issues, according to a spokesperson.

In a statement to media outlets, the family spokesperson said he was in fair condition and that his hospital stay is expected to be brief.

Ali has Parkinson's disease and hasn't made a lot of public appearances in recent years. But in April, he attended the Celebrity Fight Night charity event that raised money for the Muhammad Ali Parkinson Center at the Barrow Neurological Institute.