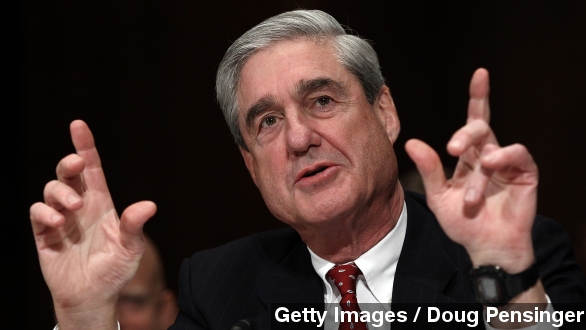 The NFL apparently never saw the Ray Rice elevator video until it was released to the public. Former FBI Director Robert Mueller finished an investigation that probably won't bring total closure to the case.

- Did the NFL have the in-elevator video of Rice punching his wife before its public release?

- What sort of information did the NFL collect during its investigation of the incident?

One of the biggest takeaways from the report is — like we mentioned — that the NFL did not have the in-elevator video of Ray Rice punching his wife before it became public — seemingly absolving the league of wrongdoing.

"Did anyone in the NFL see the second videotape before Monday?" Norah O'Donnell of CBS asked.

The report, of course, reinforces what NFL Commissioner Roger Goodell has said all along.

But coverage of the report varies from source to source, with some outlets focusing on how the NFL botched the investigation.

In his report, Mueller wrote the way the NFL handled the investigation "led to deficiencies in the League's collection and analysis of information." More specifically, the NFL's "practice of deferring to law enforcement" instead of fully understanding the situation.

It's hard to say what comes next, but a Deadspin writer says the league and Goodell got a pass from Mueller.

The writer also says Mueller seems to suggest "The way to prevent something like this from happening again is to give his league more power when it comes to punishing players."

But what about that much talked-about Associated Press report, which basically said the opposite?

"The Associated Press came out with a report a few weeks ago saying that a law enforcement official in Atlantic City had actually sent the elevator video to the NFL," CNN's Rachel Nichols reported.

Mueller's findings shot down that report from the AP, which also said someone from an NFL office number confirmed via voicemail they got the video.

At least two NFL owners — John Mara, owner of the New York Giants, and Art Rooney II, owner of the Pittsburgh Steelers — backed Goodell and Mueller. Worth mentioning though that Mara and Rooney oversaw Mueller's investigation. The two released a joint statement saying the former FBI director's investigation was thorough and Goodell "is the right person to lead the League as we move forward."