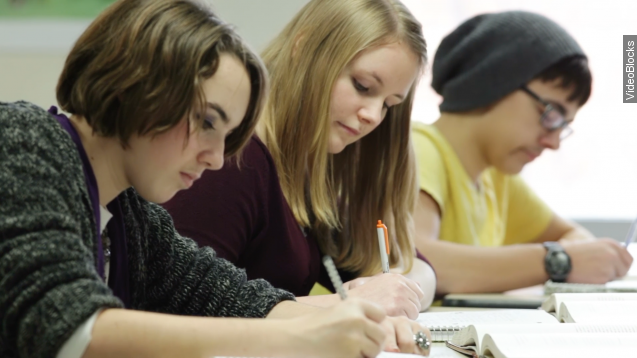 SMS
MTV Gives Name To Post-Millennial Generation
By Cody LaGrow
By Cody LaGrow
December 1, 2015
The home of the music video adds another label for young people who already have a growing list of titles.
SHOW TRANSCRIPT

It's the network that seemingly defined the millennials — a generation that grew up in the '80s and '90s who had to have their MTV to get that unabashed Green Day fix.

Now, MTV has labeled the generation born after 2000 who watch its content today. Lo and behold, those social media savvy teens and tweens are called the Founders.

MTV President Sean Atkins spoke about the emerging youth and said, "They have this self-awareness that systems have been broken, but they can’t be the generation that says we’ll break it even more."

The Founders, just one more label on a long list that describes the youngest generation. Others include Gen Z, Homeland Generation and Plurals.

MTV is one of several media companies exploring what motivates this group. The new generation doesn't know a world without social media, practically born into selfies.

And MTV said the Founders tend to want to stand out rather than fit in. Something MTV has already recognized and caters to with shows starring digital phenomenon Todrick Hall.

The generation is still in its early stages, and MTV may reconsider their label as the generation evolves. But for now, MTV is evolving alongside the kids they said "grew up without a safety net." (Video via MTV)