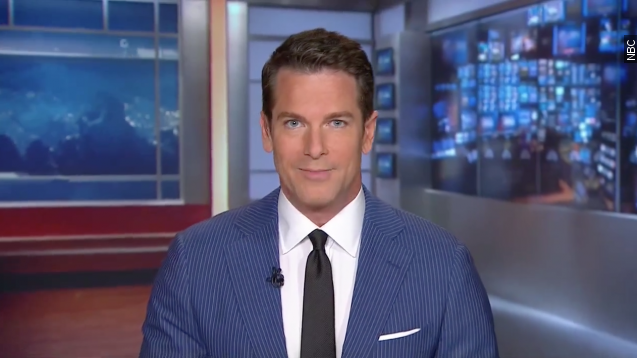 Congratulations rolled in for the historic first, with Thomas reportedly telling The Advocate it was a "huge honor."

But you'd be forgiven for some confusion here. After all, there's no shortage of openly gay anchors and news hosts out there.

No organization appears to be tracking official firsts, but Roberts was already out when he anchored for CNN in the early 2000s. That likely makes him the first openly gay TV news host on any national outlet.

In 2008, MSNBC's Rachel Maddow seems to have become the first openly gay or lesbian anchor in a prime-time slot, but that depends on who you ask. In 2012, Forbes trumpeted CNN's Anderson Cooper as the first, saying Maddow doesn't count because she hosts an opinion program rather than anchoring a news broadcast.

So, for those keeping track, the distinctions here are cable versus network, prime time versus daytime and anchor versus host. Got it? (Video via ABC, Fox News)

Maybe it's a testament to how integrated openly gay TV journalists have become in the media that it's getting harder and harder to parse out new firsts. At any rate, Roberts' turn in the weekend anchor chair was well-received, though it's not yet a permanent position.