Mrs. Doubtfire Musical Could Be Headed To Broadway 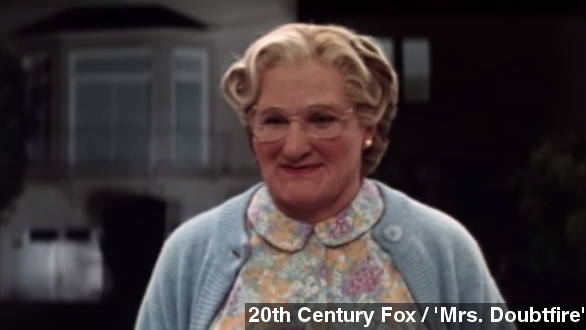 Robin Williams' death put the fate of future films in question, but we could soon see a new take on his 1993 comedy, "Mrs. Doubtfire," on Broadway.

Award-winning Broadway veterans Alan Menken and Harvey Fierstein are teaming up to transform the movie into a musical.

Fierstein starred in "Mrs. Doubtfire" as Frank, the brother of Williams' character and the mastermind behind Euphegenia Doubtfire.

And Menken is the creative genius behind many Disney classic soundtracks, including those of "The Little Mermaid," "Aladdin" and "Beauty and the Beast," to name a few.

Menken announced the musical is in the works during a radio interview with Entertainment Weekly on Thursday.

But the musical take on "Mrs. Doubtfire" isn't really a new idea. 20th Century Fox considered making a musical version of the movie in 2013. There was also a sequel to the film in the works before Williams' death last August.

Chris Columbus, who directed the original film, was tied to a sequel, but due to Williams' death the project has been put on hold.

The musical is in the very early stages of development, and there's been no word yet on when it will take the stage on the Great White Way.