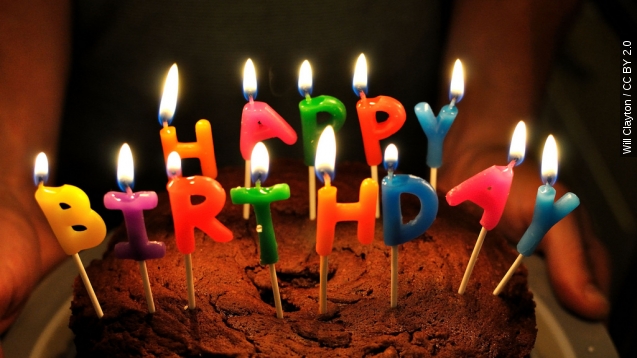 For years now, if anyone has brought up ridiculous copyright claims, they probably mentioned "Happy Birthday."

But it looks like that's over. Tuesday, a judge ruled the decades-old copyright claim on the song invalid.

The Los Angeles Times reports the judge found Warner Chappell's copyright only covered one specific arrangement of the song and not the song itself. (Video via Warner Chappell Music)

Warner Chappell has reportedly been making around $2 million per year since it bought the rights to "Happy Birthday" in 1988. It charges everyone who tries to use the song in any public performance: movies, TV shows, stage shows and on and on. (Video via CNN, Paramount Pictures / "Wayne's World", 20th Century Fox / "Office Space")

It's probably the only copyright claim to find its way into pop culture. Being charged for singing "Happy Birthday" has become a common punchline. (Video via Comedy Central / "The Colbert Report", ABC / "Sports Night")

"Someone holds the copyright to 'Happy Birthday'?"

"The representatives of Patty and Mildred Hill."

"It took two people to write that song?"

Filmmaker Jenn Nelson challenged the lawsuit in 2013, and this past July, her attorneys found a published copy of the song that predates Warner Chappell's copyright. (Video via WHAS)

That seems to have been enough to tip the case in her favor. Her lawyers say now anyone can perform "Happy Birthday" for free. We're not going to be the first, though. Just in case.

Nelson reportedly plans to let Warner Chappell have it, converting the case into a class action suit that could force the company to pay back millions of dollars its collected over the years. (Video via CatalystCreativ)

This video includes images from Kimberly Vardeman / CC BY 2.0 and Will Clayton / CC BY 2.0.