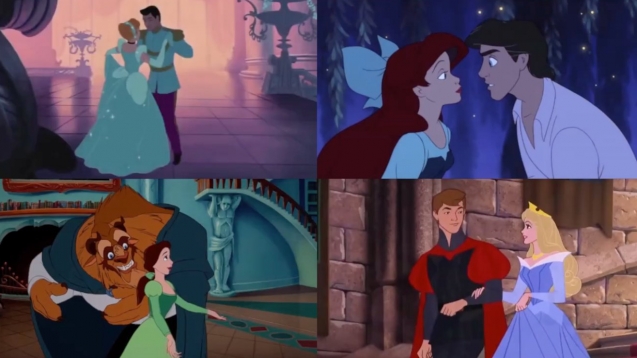 SMS
Move Over, Princesses. Disney Princes Need More Screen Time
By Katherine Biek
By Katherine Biek
July 7, 2015
Prince Charming is getting his own live-action movie, but Disney only featured him for six minutes in the animated "Cinderella."
SHOW TRANSCRIPT

To infinity and beyond! Disney is not getting off the live-action train anytime soon.

The production company announced yet another live-action movie it has in the works — this time, centering around Prince Charming.

But to produce a whole movie around a prince seems sort of silly, especially when you take into account how little screen time Disney gives its princes in its animated movies.

Some definitely got more than others, like Prince Adam, better known as the Beast from "Beauty and the Beast." He was on screen for roughly 32 minutes. Definitely helps to have your name in the title.

Aurora's love, Prince Philip, was on screen for about 18 minutes in "Sleeping Beauty." Most of that was spent battling Maleficent.

Prince Eric from "The Little Mermaid" had 15 minutes of fame. He was outdone by a crab. Sebastian had about 27 minutes.

And if a dream is a wish your heart makes, Cinderella clearly wasn't wishing to see Prince Charming himself because he only got 6 minutes in her movie. And viewers don't even get a glimpse of him until an hour into it.

But Prince Ferdinand from "Snow White and the Seven Dwarfs" is seen the least: just five and a half minutes. Aside from him singing to Snow White in the beginning of the movie, you don't see him again until the very end when he does that whole "let me kiss you while you may or may not be dead" thing.

Now Prince Charming was given a much meatier role in Disney's 2015 live-action remake of "Cinderella."

This new live-action film is being billed as a comedy, most likely because the screenwriters were able to go in any direction with the script. It's not as if there's a whole lot of backstory for Prince Charming.

Which is the route Disney took with its prince in the 2007 film "Enchanted."

"I seek a beautiful girl."

"I was raised to be charming, not sincere."

Currently, Disney has a script written and producers on board for this new Prince Charming live-action flick. No casting has been announced.

Although we think Matt Bomer would be a good fit. He's definitely got that Prince Charming look to him.