Move Over, Asher: Atticus Is The New Top Name For Boys 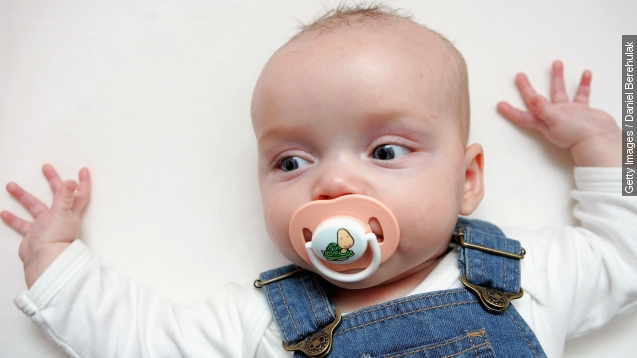 SMS
Move Over, Asher: Atticus Is The New Top Name For Boys
By Ryan Biek
By Ryan Biek
July 17, 2015
The name Atticus has become the country's most trending boy's name, but will that popularity last?
SHOW TRANSCRIPT

The ancient Roman name "Atticus" has surged in popularity to become the most trending name for baby boys in 2015.

According to Nameberry's annual half-year survey, "Atticus" is the most viewed baby name of the year so far by expectant parents, taking the crown from the long-time favorite "Asher."

Interest in the name was crawling for decades before this recent jump. In fact, Atticus didn't even appear on Nameberry's top 1000 baby names lists until 2004, and it was ranked 370th just last year.

The name is most notably a link to Harper Lee's main character in "To Kill A Mockingbird," Atticus Finch. The character was seen as ultra-moral, and even benefited from Gregory Peck's charm in the film adaptation. (Video via Unversal Pictures / "To Kill a Mockingbird")

Lee's recent release of "Go Set a Watchman," that's currently setting sales records, also features Finch and is naturally being called the key to the overwhelming interest in the name.

But now that the Watchman book reveals Finch may be racist, will the name "Atticus" continue to trend?

One of Nameberry's co-founders doubts the new book will have any ill effects.

She told People Magazine she imagines parents saying, "'Who cares who Atticus Finch is and what he's doing in a fictional world? I think Atticus is a cool name and I'm going to use it.’”

There's still the second half of 2015 to go though and besides Asher, the names Ezra, Silas and Declan might be just the ones to make that jump.