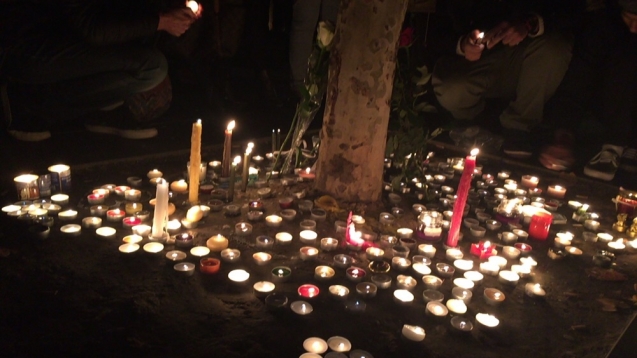 Arise, children of the Fatherland. The day of glory has arrived!

Against us tyranny's bloody banner is raised.

Do you hear, in the countryside, the roar of those ferocious soldiers?

They're coming right into your arms to cut the throats of your sons, your women!

To arms, citizens, form your battalions.