Mountain Lion Had Teeth, Whiskers Growing Out Of The Back Of Its Head 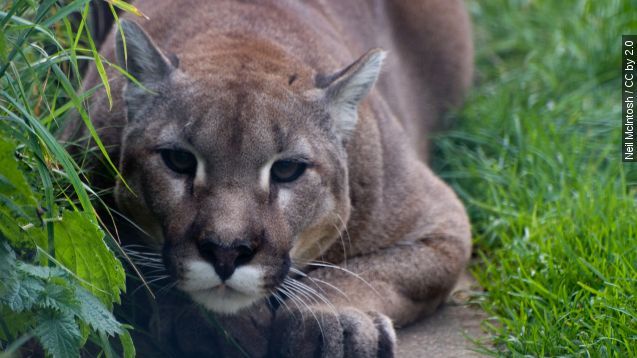 SMS
Mountain Lion Had Teeth, Whiskers Growing Out Of The Back Of Its Head
By Ryan Biek
By Ryan Biek
January 10, 2016
Idaho Fish and Game officials said they "cannot definitively explain why this abnormality developed."
SHOW TRANSCRIPT

Hunters are baffled after finding a mountain lion in Idaho with a second set of teeth and small whiskers growing out of the left side of its forehead.

The cougar reportedly attacked a dog near the Idaho-Utah border. A hunting party legally tracked and killed the mountain lion on Dec. 30, and Idaho Fish and Game released a picture a few days later. The dog was severely injured but survived.

"They tracked it down for a while in the afternoon, and they brought it down to let us know they'd gotten it. ... I did see that weird feature on its head and handled it, and it was pretty strange," the owner of the dog that was attacked told KSTU.

Idaho Fish and Game officials said they "cannot definitively explain why this abnormality developed" but speculate the teeth could have been from a conjoined twin that died in the womb, or it could be a teratoma tumor — a rare condition in which teeth, hair or even fingers emerge.