Mother Teresa Is Set To Officially Become A Saint 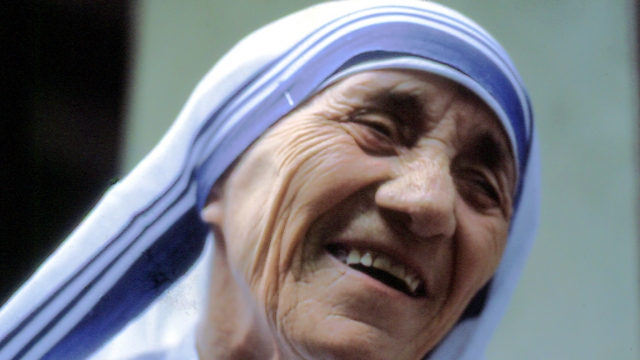 Pope Francis announced the date Tuesday. He'd already recognized in December the second miracle she needed to earn the honor.

Her two miracles reportedly include healing a Brazilian man with a brain infection and an Indian woman with a tumor, both in ways church investigators deemed supernatural.

Mother Teresa was known for helping the extremely poor. Although much of her work was in India, her order of nuns eventually spanned five continents. She was awarded the Nobel Peace Prize in 1979.

Italian media had correctly speculated before the announcement she'd be canonized in early September. She's set to be declared a saint a day before the 19th anniversary of her death.

This video includes clips from Vatican, NTV Kenya and the Nobel Foundation and images from Getty Images and Manfredo Ferrari / CC BY SA 4.0.