Mother of Colo. Theater Shooter Speaks Out For First Time Since Trial 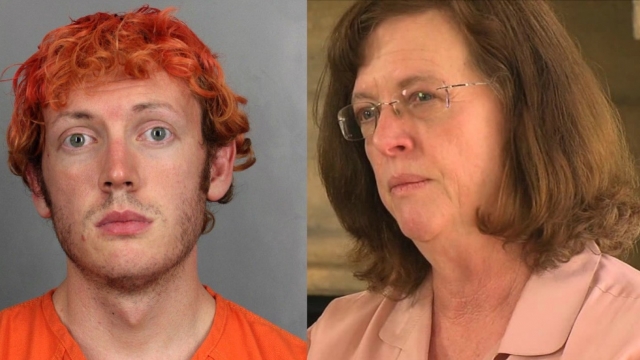 SMS
Mother of Colo. Theater Shooter Speaks Out For First Time Since Trial

"Some people find that hard to believe. That I didn't know what I was looking at was mental illness," Arlene Holmes told KGTV.

The mother of the Aurora, Colorado, theater shooter James Holmes is speaking out for the first time since her son was sentenced to life in prison last year. Arlene Holmes says she came forward because May is Mental Health Awareness Month and hopes to help other parents see warning signs before it's too late.

"If I don’t deliver this message, I do dishonor the victims, because I've been given this opportunity to speak to you, and I need to be brave and take the risk of criticism and go ahead and tell people: This is what he was like," Holmes said.

Holmes says she saw a change in her son when he was around 12 or 13 and they even saw a family therapist. But after nothing changed, the family didn't look for any more professional help, which she regrets.

Although this is her first interview since the trial ended, Holmes received criticism right before her son's trial began. She self-published a book in which she wrote about her son's case; some people had an issue with the timing of the release.

James Holmes is now serving 12 consecutive life sentences plus more than 3,000 years in prison for killing 12 people and injuring 70 during a midnight movie showing in 2012.

This video includes images from Getty Images and AuthorHouse / Arlene Holmes and clips from KMGH and KGTV.