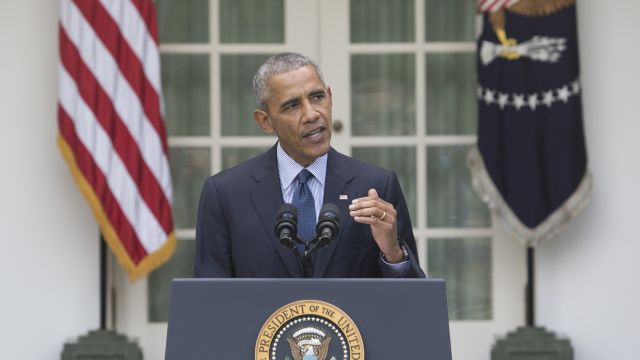 "I think the president will be the first to acknowledge that this is a significant test," Press Secretary Josh Earnest told reporters Monday.

As Iraqi forces work to retake the ISIS stronghold in Mosul, President Barack Obama faces the largest test of his military doctrine to date.

Obama has long stood by his decision to not redeploy large numbers of ground troops to the Middle East, except in the case of a catastrophic terrorist attack.

In the wake of the terrorist attack in San Bernardino, California, last year, he told reporters that sending significant ground forces could result in deaths of 100 American soldiers every month. The Obama administration has opted for a drone policy, which has been successful in taking out numerous Al-Qaeda leaders.

But that approach has met its fair share of criticism.

A CBS poll conducted after the terrorist attacks in Paris late last year showed just 23 percent of Americans thought Obama had a clear plan to deal with ISIS.

Obama's initiative to aid other countries rather than lead every fight has had mixed results. In Afghanistan, the Taliban has made steady gains against U.S.-trained Afghan forces, and the Iraqi military failed to stop ISIS' progression in the past.

But Obama's Mosul campaign has the potential to change that if it's successful. As one expert put it, "the bottom line is the result."

U.S.-backed forces did make substantial progress Monday, but the fighting is expected to get tougher as the troops approach the city center.