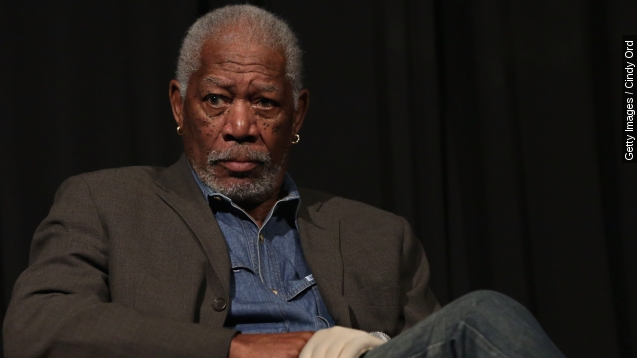 The plane took off from Clarksdale, Mississippi and reported mechanical problems before crash landing in Tunica — located about 40 miles southwest of Memphis, Tennessee.

According to Freeman, a tire on the plane blew during takeoff, which caused other problems with the plane. It reportedly went off the runway while landing. (Video via NBC / 'The Tonight Show')

Morgan released a statement saying, "Thanks to my excellent pilot Jimmy Hobson we landed safely without a scratch. I cannot say the same about my plane. I appreciate the concern and prayers for our safety."

The 78-year-old actor was traveling to Houston, Texas to shoot a segment for the National Geographic show "The Story of God."