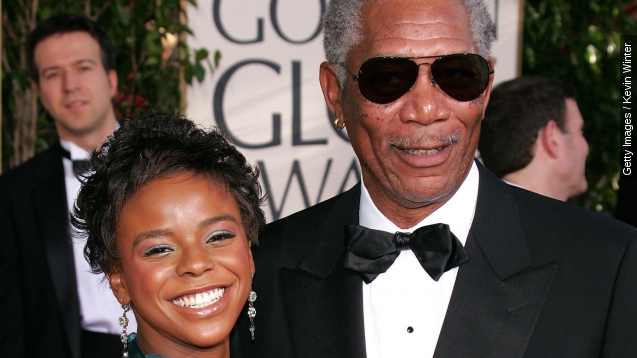 Hines was found around 3 a.m. bleeding and was pronounced dead at Harlem Hospital. (Video via WNBC)

"I go to the window and see him on top of a woman and I couldn't really see what was going on but then the police came and arrested the guy," a witness told WABC.

The NYPD took a man believed to be Hines' boyfriend into custody, but he hasn't been charged yet.  (Video via WNYT)

Freeman released a statement saying "The world will never know her artistry and talent, and how much she had to offer." On his Facebook page he called Hines' passing "senseless" and thanked his fans for their support.

Hines was also an actor and was in a movie set to be released next year. She was 33. (Video via Tisch School of the Arts)