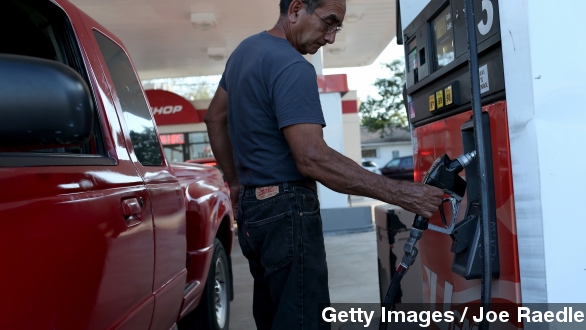 People throughout the U.S. have been celebrating dramatic decreases in gas prices for the past few weeks.

But it turns out there's a downside to cheap gas that many might not have considered: As gas prices decrease, the number of traffic crashes and fatalities increase.

A sociology professor from South Dakota State University spoke with NPR about this relationship he's been studying.

Now, that's a pretty extreme example, since the U.S. hasn't seen a $2 drop in gas yet.

In a more relatable situation, the professor told NPR that in Minnesota, a 20-cent decrease in gas prices was associated with 15 more traffic fatalities per year, according to his research.

The reasoning behind this correlation is fairly simple: People tend to drive more when gas is less expensive.

According to AAA, accelerating gradually, driving the speed limit and giving yourself enough time to stop at a red light all save on gas. Of course, all these things also make you a safer driver.

And analysts recently told the International Business Times they're predicting gas will continue dropping for at least the next six months.