More Than Half Of Amazonian Tree Species Face Extinction 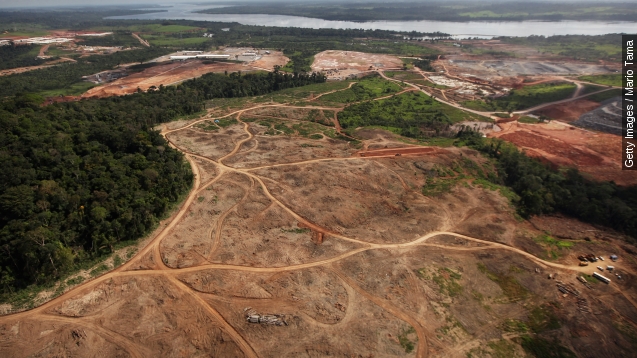 SMS
More Than Half Of Amazonian Tree Species Face Extinction
By Ethan Weston
By Ethan Weston
November 21, 2015
According to research published in the journal Science Advances, up to 57 percent of the Amazon's tree species are at risk from deforestation.
SHOW TRANSCRIPT

A new study has found more than half of all tree species in the Amazon could be facing extinction if deforestation trends continue.

Researchers looked at 15,000 tree species, including trees important to local economies like the cacao, acai palm and many other rare trees that made up about two-thirds of the species studied.

They found that 36 to 57 percent of the Amazon's tree species could already be considered threatened.

This would probably qualify most of those species to be listed as "globally threatened" under the International Union of Conservation of Nature Red List of Threatened Species.

The Amazon has already lost about 12 percent of its original size thanks to deforestation. By 2050, the study says it's projected to lose another 9 to 28 percent. (Video via The Guardian)

Timothy J. Killeen, a botanist at Agteca-Amazonica in Bolivia, did tell reporters trends have gotten better in the last decade, "Deforestation rates in the Brazilian Amazon ... have decreased by about 75 percent since 2005."

But, the researchers noted, government policies often change quickly. They stressed the importance of continuing to establish and enforce protected areas.