Another Country Has Hit The 1 Million Refugee Mark 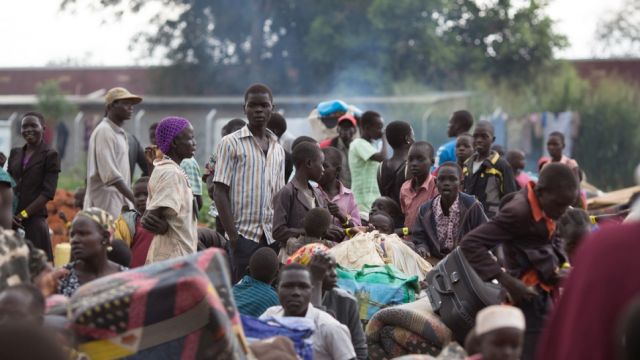 SMS
Another Country Has Hit The 1 Million Refugee Mark
By Melissa Prax
By Melissa Prax
September 16, 2016
South Sudan's recent spike in violence has pushed more people out of its borders.
SHOW TRANSCRIPT

There are now more than 1 million refugees who have fled South Sudan — and the United Nations says that number will continue to rise.

Those refugees have been uprooted due to violence stemming from the country's civil war that started in 2013. Attempts to create peace have failed.

And renewed violence is driving more people out — the majority of whom are under 18. So how does that over 1 million mark stack up against other conflict areas?

The countries that have produced the most refugees are Syria, Afghanistan and Somalia.

2.7 million refugees originated from Afghanistan and 4.9 million from Syria.