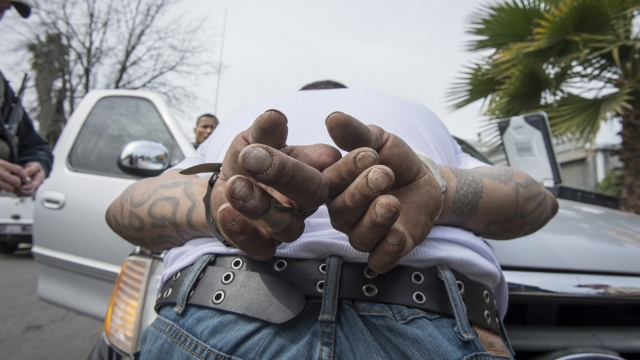 More than 8,000 of the country’s most dangerous criminals are now behind bars thanks to a six-week sweep.

U.S. marshals targeted 12 of the most violent cities, including Baltimore, Chicago and Washington, D.C., during Operation Violence Reduction12 — dubbed Operation VR12 for short.

Deputy Attorney General Sally Yates said, "Fugitives initiated gun battles, forced barricaded standoffs, assaulted officers and did everything they could to evade arrest — but our Deputy Marshals, together with their law enforcement partners, stood firm and succeeded in capturing the bad guys."

And last October, the FBI caught 150 alleged pimps and rescued nearly that many children during a weeklong sex trafficking sting.