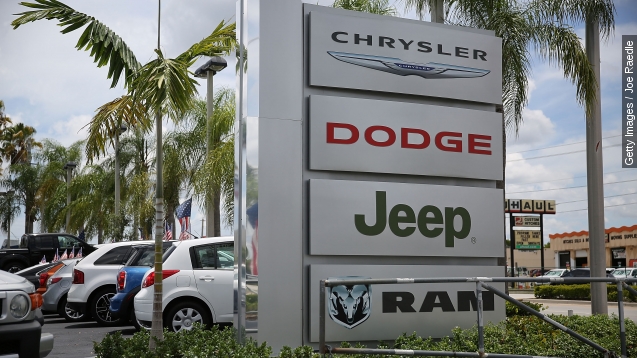 SMS
More Than 500,000 Jeep, Dodge SUVs Recalled Over Fire Hazard... Again
By Grant Suneson
By Grant Suneson
December 24, 2015
More than half a million Fiat Chrysler vehicles are being recalled over concerns that wiring in a mirror could be a fire hazard.
SHOW TRANSCRIPT

Fiat Chrysler is very likely to get coal in its stocking after having to issue a recall on more than half a million of its vehicles on Christmas Eve.

Roughly 570,000 vehicles from the Italian automaker pose fire risks, including 477,000 2011-2012 Jeep Grand Cherokee and Dodge Durango SUVs. A wiring problem in the passenger-side vanity mirror could be a fire hazard in those cars. (Video via Dodge)

If that sounds familiar, it’s because Fiat Chrysler issued a nearly identical recall in July 2014. This latest recall is being done because some of the fixes to those mirrors didn’t actually solve the problem.

Fiat Chrysler has struggled in the past to make sure its cars meet safety standards. In July, the National Highway Traffic Safety Administration penalized the company a staggering $105 million. (Video via Fiat)

The regulators said the automaker failed to complete almost two dozen separate recalls quickly and effectively as well as failing to notify the owners of more than 11 million cars that their vehicles needed repairs.

The news caps off an abysmal year for safety for Fiat Chrysler. It’s had more than 40 different recalls, affecting close to 12 million vehicles. (Video via Jeep)