More Than 1M Wal-Mart Workers Are Getting A Raise 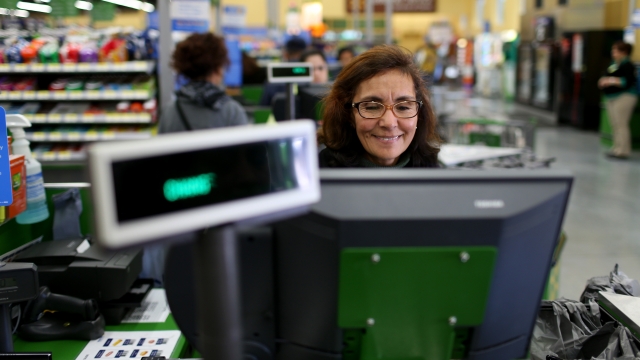 SMS
More Than 1M Wal-Mart Workers Are Getting A Raise
By Samantha Crook
By Samantha Crook
February 19, 2016
Employees who joined the company before January will be paid at least $10 an hour starting Feb. 20.
SHOW TRANSCRIPT

Wal-Mart employees are getting a raise Saturday.

The company said in a statement that employees hired before January will be paid at least $10 an hour.

Employees who already make the company's maximum pay won't get a raise but will get a "one-time lump sum payment equal to 2 percent of their annual pay."

The move is part of the company's rollout of pay increases and added benefits for employees that are expected to decrease employee turnover. But some groups say $10 an hour still isn't enough.

This video includes clips from Wal-Mart and Sam's West and images from Getty Images.