More Than 100 Animals Were Rescued From A Detroit-Area Home 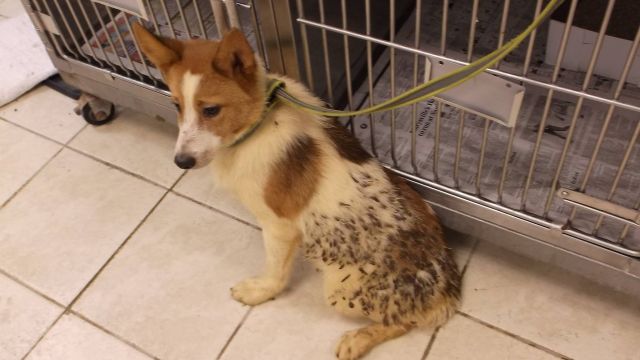 SMS
More Than 100 Animals Were Rescued From A Detroit-Area Home
By Katie Link
By Katie Link
June 16, 2016
The homeowners could face animal cruelty charges.
SHOW TRANSCRIPT

Authorities in Michigan rescued more than 100 animals from a Detroit-area home after they received reports of a foul odor and loud barking.

"The smell is really what set it off, the stench. I mean it was horrible where you couldn't, we couldn't enjoy ourselves outside," neighbor Greg Bosel told Newsy's partners at WXYZ.

The local sheriff's department responded to that neighbor's complaints and discovered dozens of dogs covered in filth.

"I can't recall in the last almost 30 years 75-plus dogs free roaming in the first floor of a house. That's new for us," Sheriff Tim Donnellon said.

In total, 98 dogs and three cats were taken from the home over the course of two days. Officials describe the dogs as Norwegian buhunds, Norrbottenspets and mixed breeds.

"They were breeding dogs, showing dogs, rescuing dogs, and I think somewhere along the line things got out of control. The dogs were all free-running on the first floor of the home," Donnellon told WJBK.

According to the St. Clair County Sheriff's Facebook page, the animals appear to be in good health. An animal control office is caring for many of the dogs and evaluating them for adoption. The homeowners could face charges for animal cruelty.