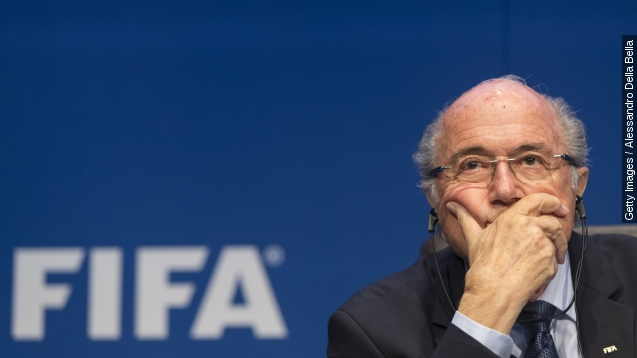 SMS
More Problems For FIFA: Swiss AG Investigating Blatter
By Ben Lawson
By Ben Lawson
September 25, 2015
The investigation is the latest development in one of the biggest corruption scandals in organized sports.
SHOW TRANSCRIPT

The office says the investigation is in regard to contracts Blatter signed with the Caribbean Football Union that were "unfavorable for FIFA." (Video via The Guardian)

The authorities are also looking into a possible "disloyal payment" from Blatter to Michel Platini. Platini is the head of the Union of European Football Associations and was hoping to fill Blatter's shoes as FIFA president when Blatter resigns in February. (Video via BBC)

This comes four months into one of the biggest corruption scandals in organized sports.

The U.S. and Swiss governments both announced investigations into FIFA in May. The investigations cover actions as far back as the early '90s. Authorities are looking into more than $150 million in kickbacks for TV contracts and questioning how World Cup host sites were awarded.

Thirteen people have been arrested so far, including nine current or former FIFA officials.