More People Will Shop On Thanksgiving (Without Leaving Home) 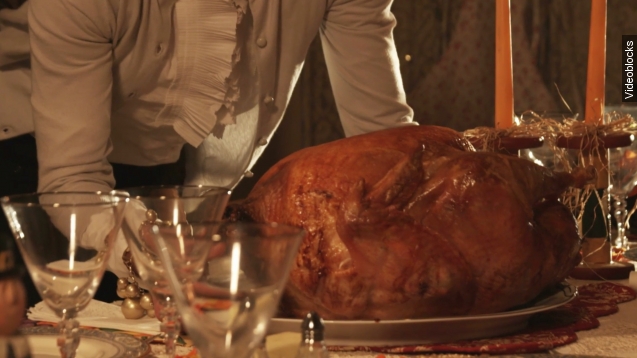 According to Adobe's shopping forecast, which includes 1 trillion visits to 4,500 websites since 2008, it predicts people will be veggin' out in a turkey coma and shopping on their phones and tablets and such.

"...to take advantage of lowest prices of the season, reaping an average discount of 27 percent. Thanksgiving is the fastest growing shopping day for the second consecutive year, with mobile driving 51 percent of purchases."

So you can still have family time — just on your phones shopping instead?

Adobe also says a lot of shoppers are eyeballing the same things. So fair warning — we foresee a Tickle Me Elmo-like crowd.

"Tickle Me Elmo hysteria ... one of the clerks was sent to the hospital after being trampled in the frenzy," another reporter said.

Although, hey, sunshine on a cloudy day — the worst thing that can happen shopping on your phone is running out of battery life.

Adobe predicts 76 percent of holiday sales will go to 1 percent of products, so a whole lot of people want something very specific.

Adobe is eyeballing this particular toy to be 2015's Tickle Me Elmo.

The report says Cyber Monday will continue to reign. That's the Monday after Thanksgiving, and it's become "the" day to shop for electronics.

Shipping is also cheapest on Thanksgiving and Cyber Monday.

Although you can't beat free — something some companies are trying out this holiday season.

And Adobe couldn't help but brag — its Thanksgiving and Cyber Monday predictions from previous years were within 2 percent.